VAN NUYS, CA / ACCESSWIRE / December 30, 2019 / Capstone Turbine Corporation (www.capstoneturbine.com) (NASDAQ:CPST), the world's leading clean technology manufacturer of microturbine energy systems, announced today it secured a follow-on order for a C200 Signature Series ICHP microturbine with a 20-year Factory Protection Plan (FPP) from the National Science Foundation (NSF) as part of a multi-phase modernization of the McMurdo research station with the goal of increasing energy and operational efficiency. The order was secured by Arctic Energy, Capstone's exclusive distributor in Alaska. The C200S ICHP microturbine will be delivered in 2020, and is expected to be commissioned in February 2021.

McMurdo Station is one of the three year-round Antarctic stations operated by the NSF through its Division of Polar Programs, managed by the U.S. Antarctic Program (USAP). The station serves scientists supported by the USAP and federal mission agencies such as National Oceanic and Atmospheric Administration (NOAA) and the National Aeronautics and Space Administration (NASA).

"Recorded temperature extremes have been as low as minus 50 degrees Centigrade at McMurdo, which is why their engineers continue to specify Capstone as their energy solution of choice," stated Darren Jamison, Capstone's President and Chief Executive Officer. "The reliability of Capstone's clean and green solutions in some of the most remote and harsh environments in the world makes Capstone a leading solution for customers with highly critical loads and limited infrastructure. The lack of lube oil, grease, and coolants is a huge advantage for the Capstone technology, whether it is One Vanderbilt in the middle of Manhattan or McMurdo station in Antarctica," added Mr. Jamison.

Plans to modernize the 100-building facility began in 2013 with an increased focus on reducing energy costs and carbon emissions. Capstone's innovative technology was selected for its ultra-low emissions, low maintenance, and high reliability. The C200S ICHP microturbine will run on a special jet fuel blend called AN8, unique to the Antarctic and Arctic. The new combined heat and power (CHP) system is scheduled to operate 24/7/365 in grid connect mode and projected to maximize local heat recovery usage and ensure power and heat availability for several of the buildings at the research facility.

The NSF and USAP have gone to great lengths to ensure environmental stewardship towards the modernization of the research center. The implementation of an on-site CHP Capstone microturbine will further that commitment and ensure clean and reliable power and thermal energy for the facility for years to come. The microturbine, coupled with the industry-leading 20-year FPP service contract, is expected to provide the facility with predictable and stable maintenance costs and remote monitoring capabilities at an economical price. 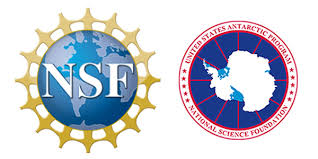 "Capstone" and "Capstone Microturbine" are registered trademarks of Capstone Turbine Corporation. All other trademarks mentioned are the property of their respective owners.